Minesweeper Hacked : How We Hacked an Android Game And Ranked First globally 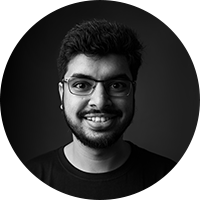 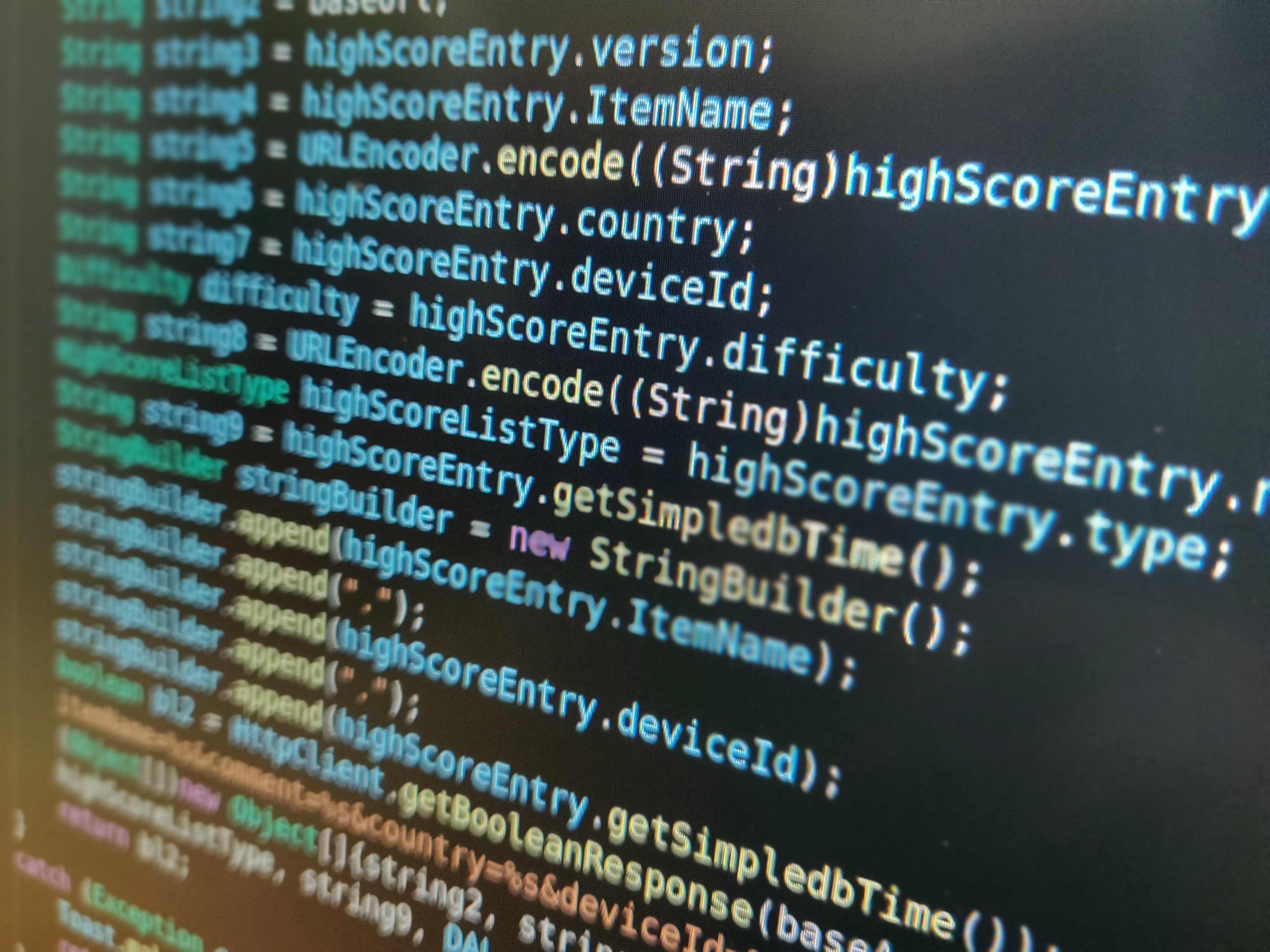 Minesweeper Hacked: How we hacked an Android game to top the global leaderboard without even playing the game.

Recently, we came across an Android game of Minesweeper. The game has been nicely developed and was fun to play. Although it was very tough to win the game and even tougher to be in top ranks on the leaderboard. That’s when it struck us, why not “play” with the game some other way and figure out ways to hack minesweeper. . So we started analysing the game.

What is Minesweeper game

Minesweeper has a very basic gameplay style. In its original form, mines are scattered throughout a board. This board is divided into cells, which have three states: uncovered, covered and flagged. A covered cell is blank and clickable, while an uncovered cell is exposed, either containing a number (the mines adjacent to it), or a mine. When a cell is uncovered by a player click, and if it bears a mine, the game ends. A flagged cell is similar to a covered one, in the way that mines are not triggered when a cell is flagged, and it is impossible to lose through the action of flagging a cell. However, flagging a cell implies that a player thinks there is a mine underneath, which causes the game to deduct an available mine from the display.

When a player left-clicks on a cell, the game will uncover it. If there are no mines adjacent to that particular cell, the mine will display a blank tile or a “0”, and all adjacent cells will automatically be uncovered. Right-clicking on a cell will flag it, causing a flag to appear on it. Note that flagged cells are still covered, and a player can click on it to uncover it, like a normal covered cell.

Initially, our goal was to win the game irrespective of the time required. During the analysis we found that it was possible to reverse engineer the application and change values of some of the functions and win the game. We were able to achieve this task using two different methods.

Our next goal was to top the global leaderboards of all the difficulty levels, i.e. Beginner, Easy, Intermediate and Expert. In order to do that, we started analysing the application dynamically and checked the network traffic between the application and the server it was communicating with. We analysed source code of the apk even further and tampered the request accordingly to top the global rankings for every difficulty level.

Note: The name of the game has been redacted on purpose. The game has 1M+ downloads on play store.

How we did it

Find the package name of installed application and decompiling it

There are multiple ways to achieve this, whether with ADB or from playstore URL https://play.google.com/store/apps/details?id=<app package name>

Different methods we hacked the application

Observation is the key to hack these kind of applications

Observe what actions are performed when you click on a bomb. The following observations are helpful

We look for functions that trigger these operations. 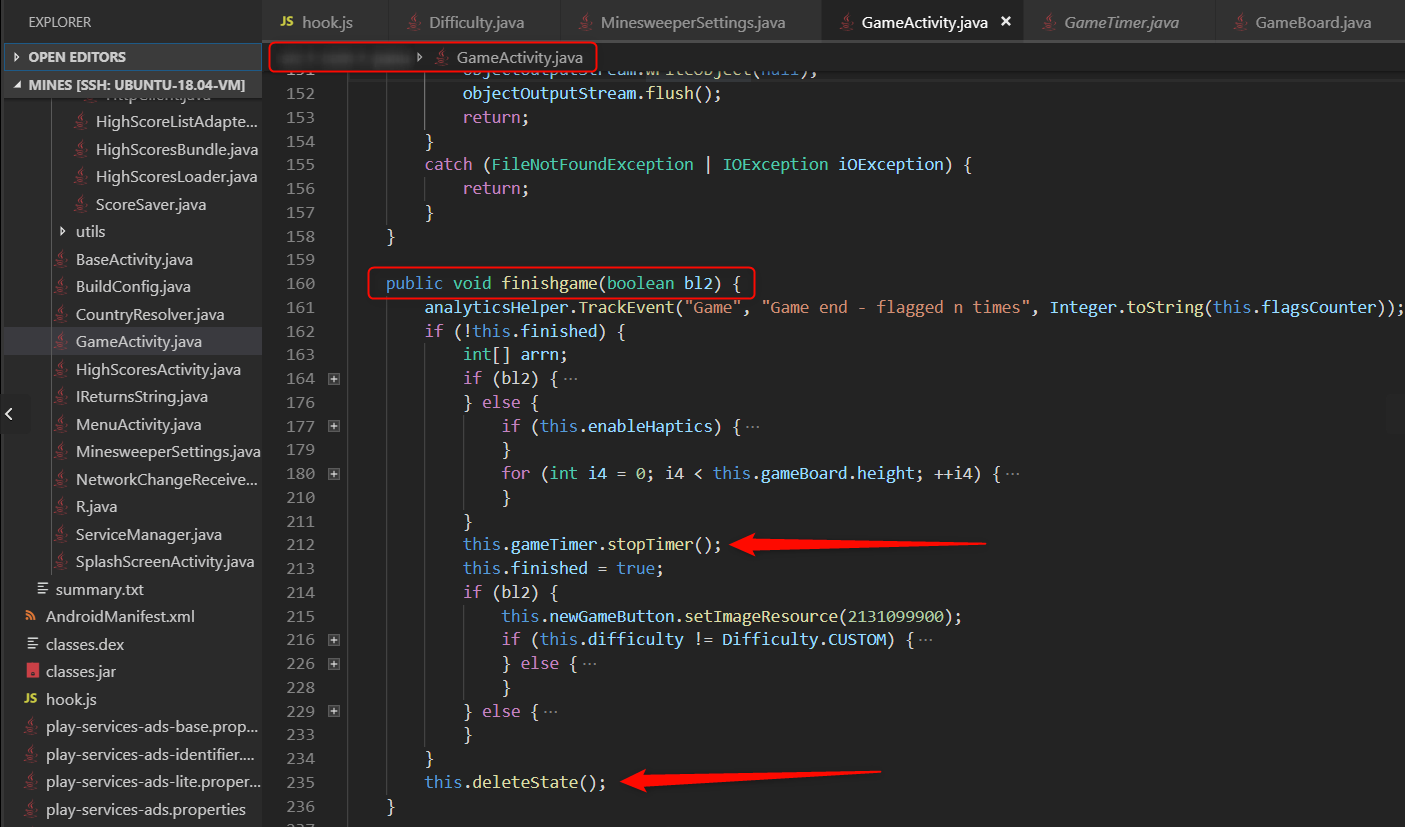 The below commands spawns a new process

Now, observe what happens when a mine is clicked. A false value is passed to finishgame function.

Maybe that’s how it knows, we lost the game. Instead we will try to toggle the value of bl2 passed tofinishgame function.

We can see that we won the game when we click on the bomb, instead of losing the game.

In the first method, we hooked the function that sends the message to finish game. 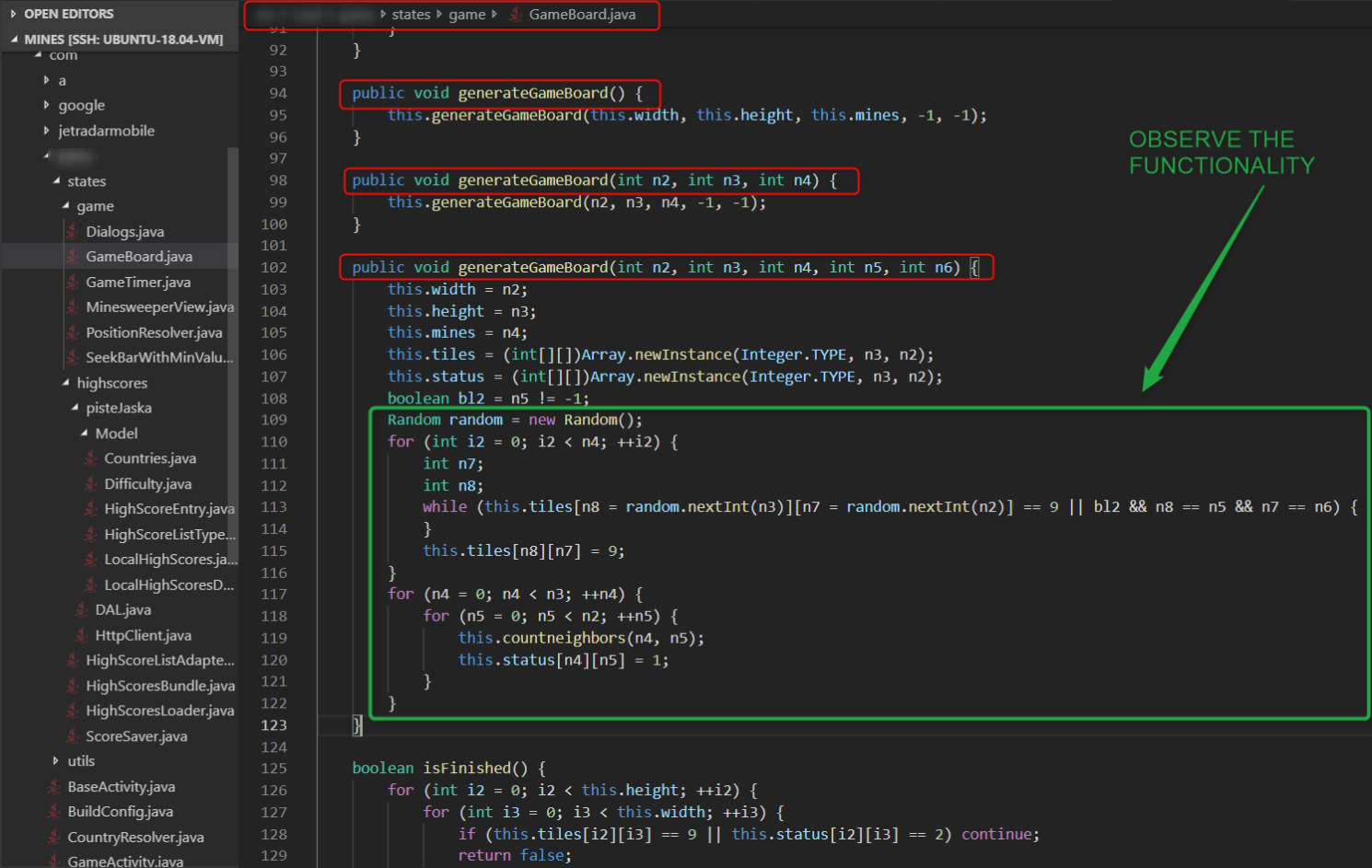 Open the game, start a new game and hook the above js scriptt to existing process.

We can see that the entire board is printed along with the pints. The value 9 is the bomb!

After we finish the game, there the application provides us with a global rank. These requests to the server can be intercepted with a proxy tool like BurpSuite.

Note: The application had implemented SSL Pinning, which we were able to bypass using Objection. Since this is a blog showing how we hacked the app, we decided not to show how to bypass SSL pinning using Objection or Frida. We will write a new blog with step by step instructions on how to use Frida and Objection.

Upon intercpeting the request we realised, simpleDbTime parameter contains the time we took to finsih the game. If we can intercept this request and send a fake simpleDbTime to the server, we win. But its not easy. When we did that the result isn’t persistent, our scores weren’t reflected in global scoreboard. We realised there is a checksum that validates the request. 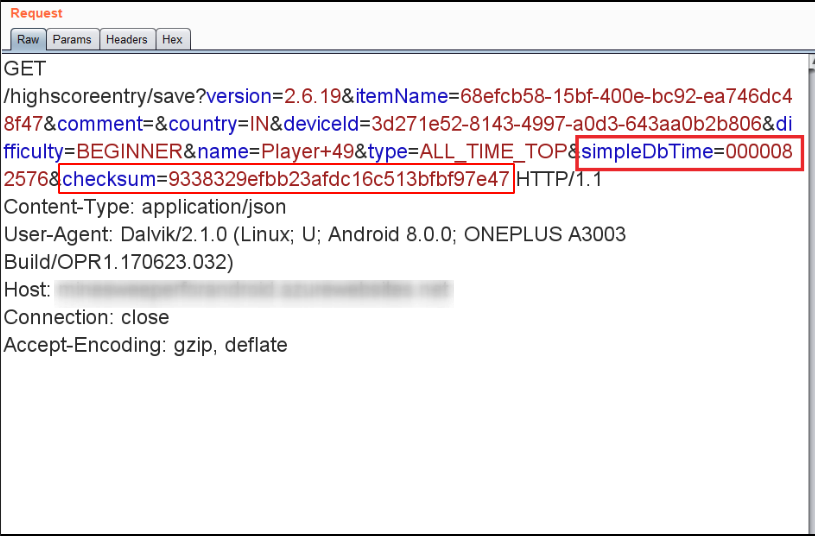 We analyzed the code more and found the code corresponding to checksum.

We can see the implementation of the checksum algorithm. Parameters like itemName, deviceId and simpleDbTime have been used with dot separated to calculate the md5sum of the request.

We computed the value of checksum locally that corresponds to our new simpleDbTime value by using the same logic as performed in application code above.

Let’s get MD5 checksum of the required parameters

Upon submitting this request, we can see that our data was successfully registered in the database and we can see it in the global highscores list as well.

Expert level challenge solved in 0.01 seconds without even playing the game! 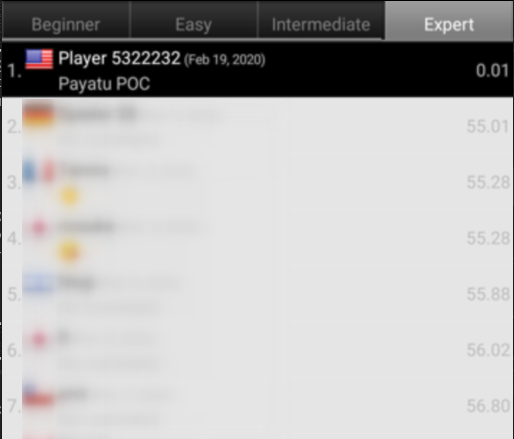 These bugs are fixed in the latest version of the application.