While a thick client is fully functional without a network connection, it is only a “client” when it is connected to a server. The server may provide the thick client with programs and files that are not stored on the local machine’s hard drive.

Three Tier: The three-tier is based on Client - Application Server - Database Server architecture. The Application server is the mediator between client and server, it transfers data from client to server and vice versa.

As we have understood what thick client is and its architecture, now we’ll move on to penetration testing approach. We have shown some vulnerabilties of thick client

To decompile the application, we just need to open the exe file in dnspy tools, as shown below. 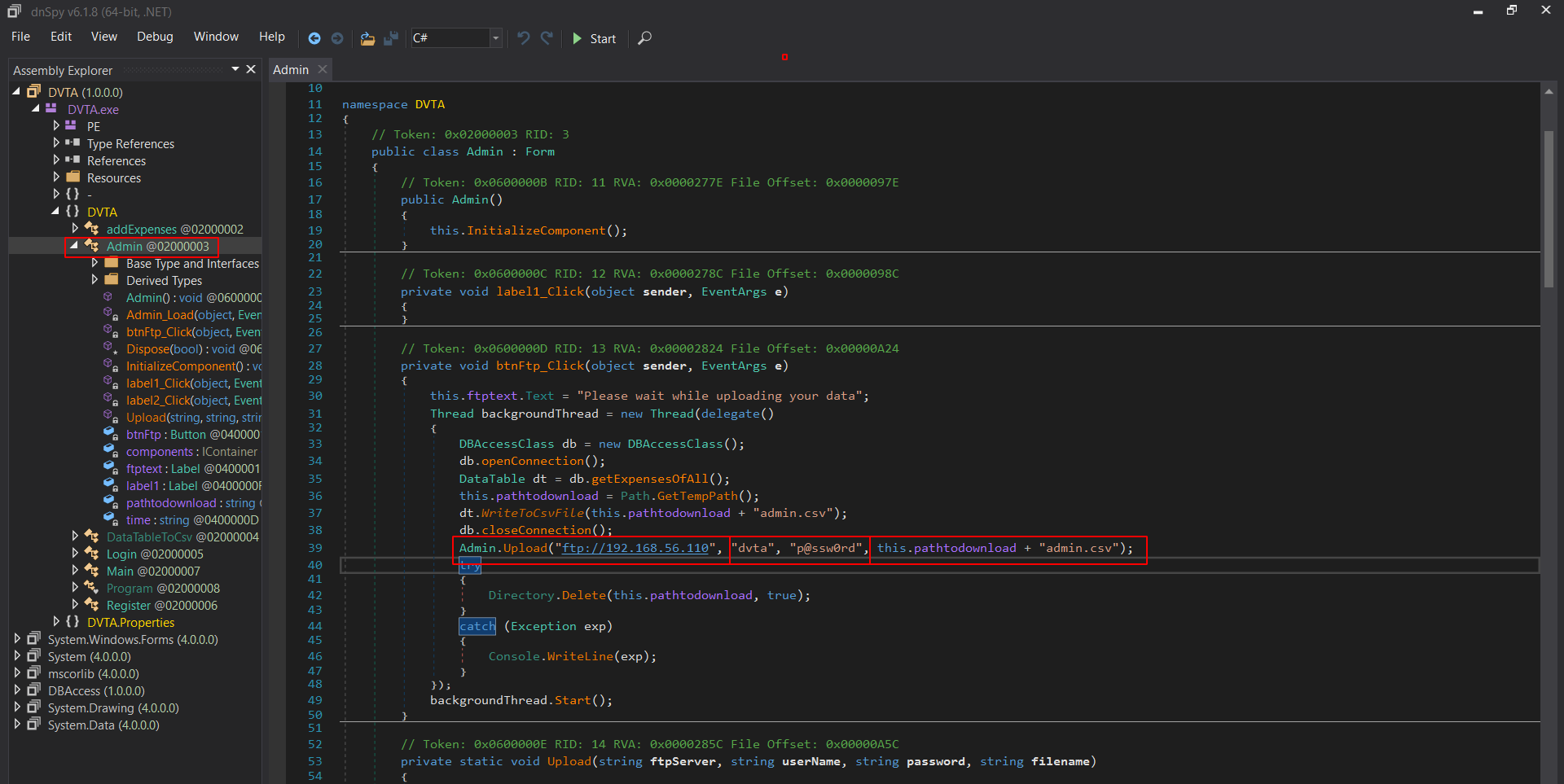 When a service is created whose executable path contains spaces and isn’t enclosed within quotes, it leads to Unquoted Service Path vulnerability, which allows an attacker to gain elevated privileges.

After finding the vulnerable service, we need to check the folder permissions. If low/same privilege users have writeable access, privilege escalation is possible.

DLL Hijacking is a way for attackers to execute malicious code on the system. This means that if an attacker can place a file on the system, that file could be executed when the user runs an application vulnerable to DLL Hijacking.

If the application looks for some DLL files that are not present in the location during the runtime, then an attacker can place a malicious DLL file with the same name in that location and escalate the privilege. 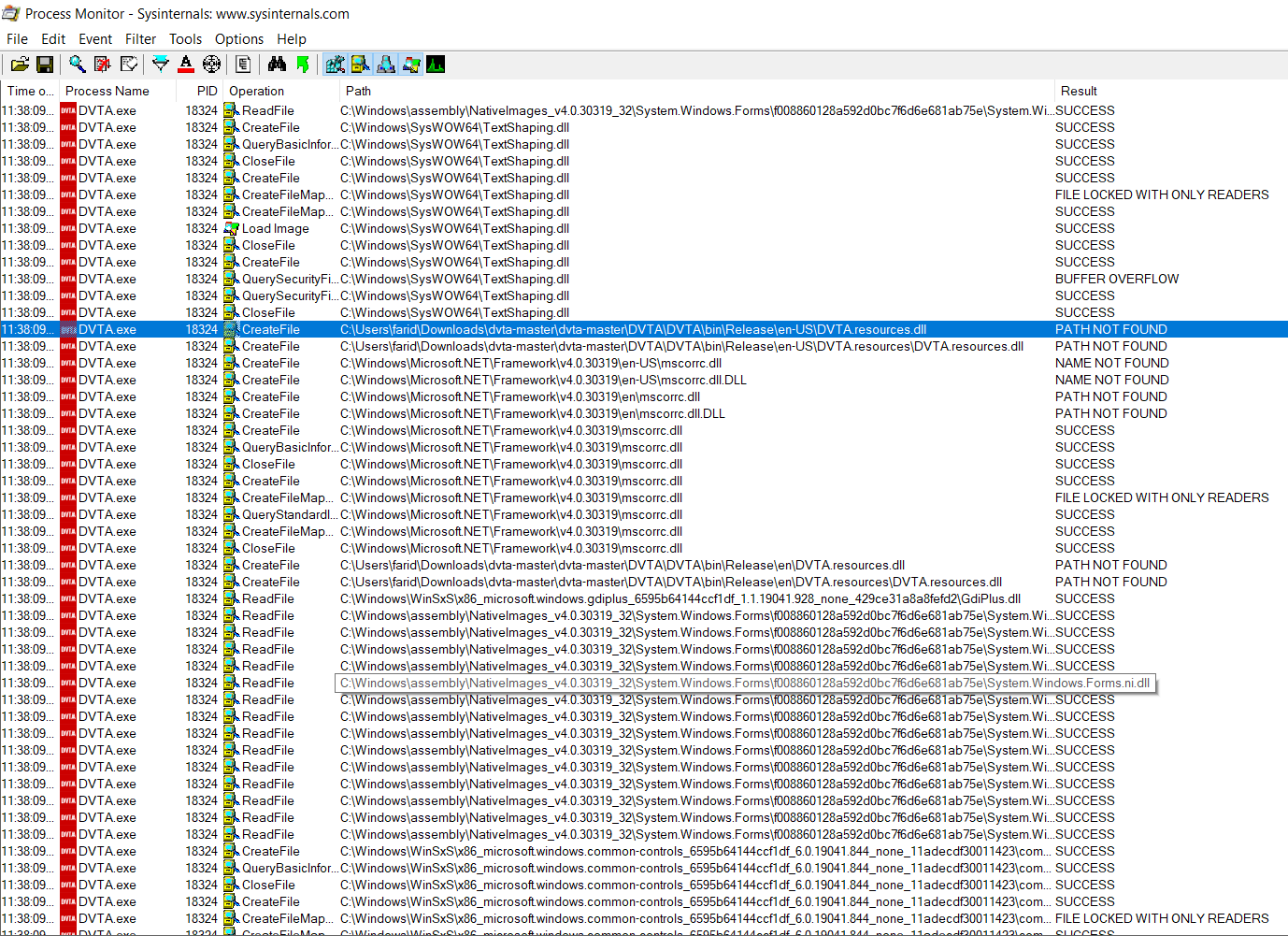 As shown in the screenshot, the path is missing. An attacker can create the folder and DLL file and escalate the privilege.

A SQL injection attack consists of the insertion or “injection” of a SQL query via the input data from the client to the application. A successful SQL injection can read sensitive data from the database, modify database data (Insert/Update/Delete), execute administration operations on the database (such as shutdown the DBMS), recover the content of a given file present on the DBMS file system and in some cases issue commands to the operating system. SQL injection attacks are a type of injection attack in which SQL commands are injected into data-plane input to affect the execution of predefined SQL commands.

The application uses an SQL server(on the same machine) to maintain the data such as credentials, etc., and if the application has login functionality, that might be vulnerable to SQL injection. An attacker can bypass the authentication and gain access to the application.

Let’s understand what code obfuscation is

Code obfuscation is the process of modifying an executable so that it is no longer useful to a malicious actor but remains fully functional. While the process may modify actual method instructions or metadata, it does not alter the program’s output.

When developers do not obfuscate the code when compiling the binary, an attacker can decompile the code using some tools such as JD GUI & Dnspy.

To decompile the application, we just need to open the exe file in dnspy tools, as shown below. 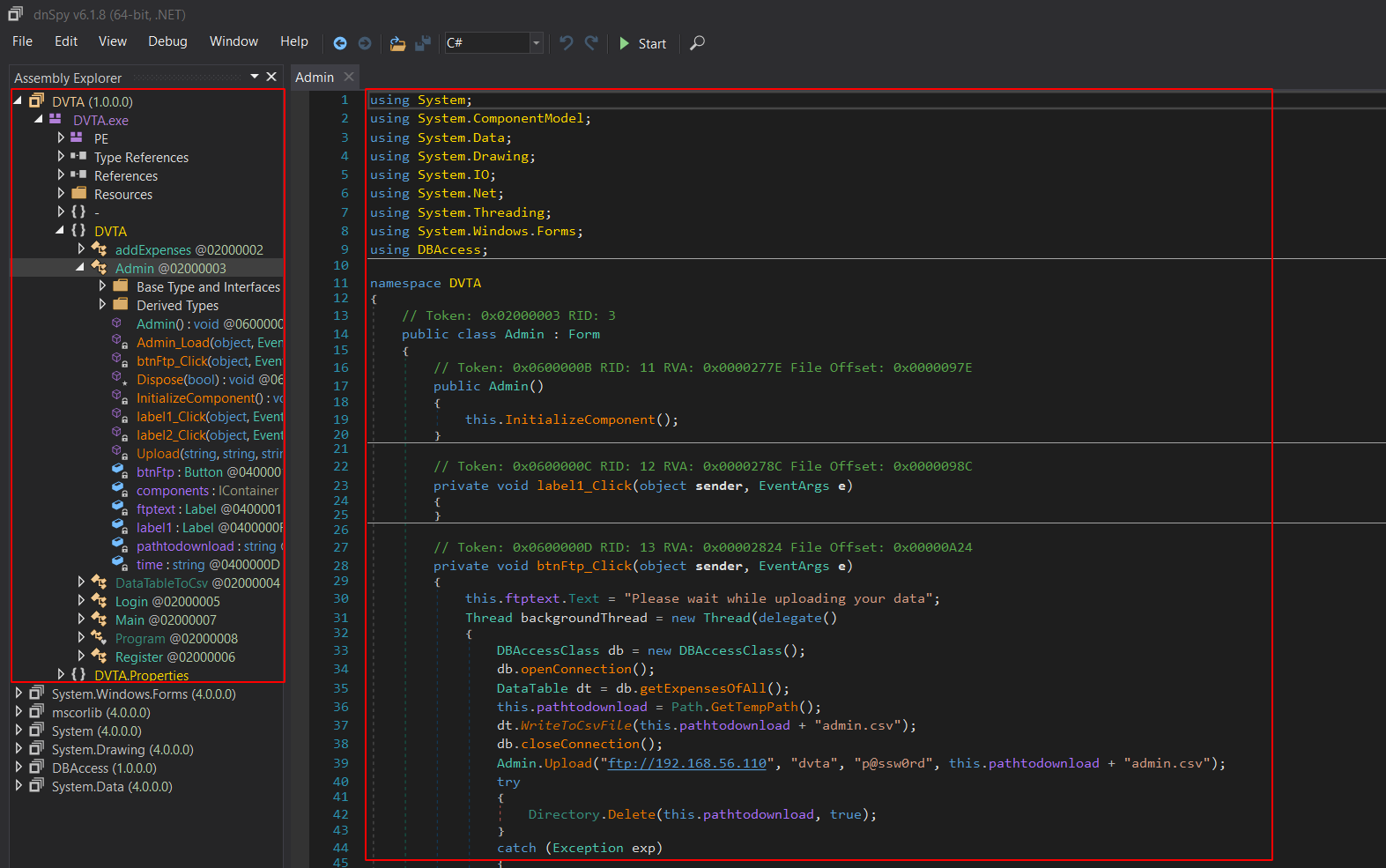 Similarly, we can decompile the jar file using JD-GUI.

A buffer overflow condition exists when a program attempts to put more data in a buffer than it can hold or when a program tries to put data in a memory area past a buffer. In this case, a buffer is a sequential section of memory allocated to contain anything from a character string to an array of integers. Writing outside the bounds of a block of allocated memory can corrupt data, crash the program, or cause the execution of malicious code.

You can practice on these applications. These are vulnerable to a stack-based buffer overflow.

Get in touch with us. Click on the get started button below.

MineSweeper, with no luck - An Introductory blog to Reverse Engineering