This blog is part of the “IoT Security” series. If you haven’t read the previous blogs (parts 1 - 8) in the series, I urge you to go through them first unless you are already familiar with those concepts and want to only read about the current topic.

This blog will be a continuation of the previous blog. In this, we will be looking into some of the software SDR tools available out there. We’ll also define an approach on how to go about an RF target.

With a great open-source community, SDR has a variety of software tools with all signal processing functionality available. Let’s look into some of the widely used SDR software available and what set’s them apart. We’ll be focusing on tools that are mainly available for Linux.

Another alternative to URH is Inspectrum.

Other Points of Interest:

How to approach a target:

We’ll be breaking down how you can approach an RF target, capture, reverse-engineer it and launch your attacks! 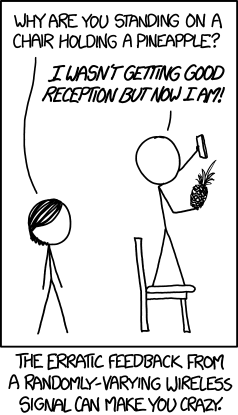 In case you have the device, most of the task is done because you can simply look up the FCC ID of the device from here, which will give you a lot of details about the device i.e. operating frequency, the internals of the device so on and so forth which will ease up a lot for the assessment.

In our case, since it was a locally manufactured device, it didn’t come with any FCC ID :(

You need to analyze the spectrum to find where is the signal being transmitted. You can use any spectrum analyzer you are comfortable with. Here’s a list of common operating frequencies that will help you in finding the target frequency:

All these are commonly used ISM and license-free bands. Bodies like WPC (Wireless planning and coordination wing of the Department of Telecommunications (DOT) of the Government of India and US Federal Communications Commission (FCC) allow such bands to be license-free provided that these will only be used by low powered wireless equipment with specifics defined for bandwidth, output power and maximum effective radiated power. 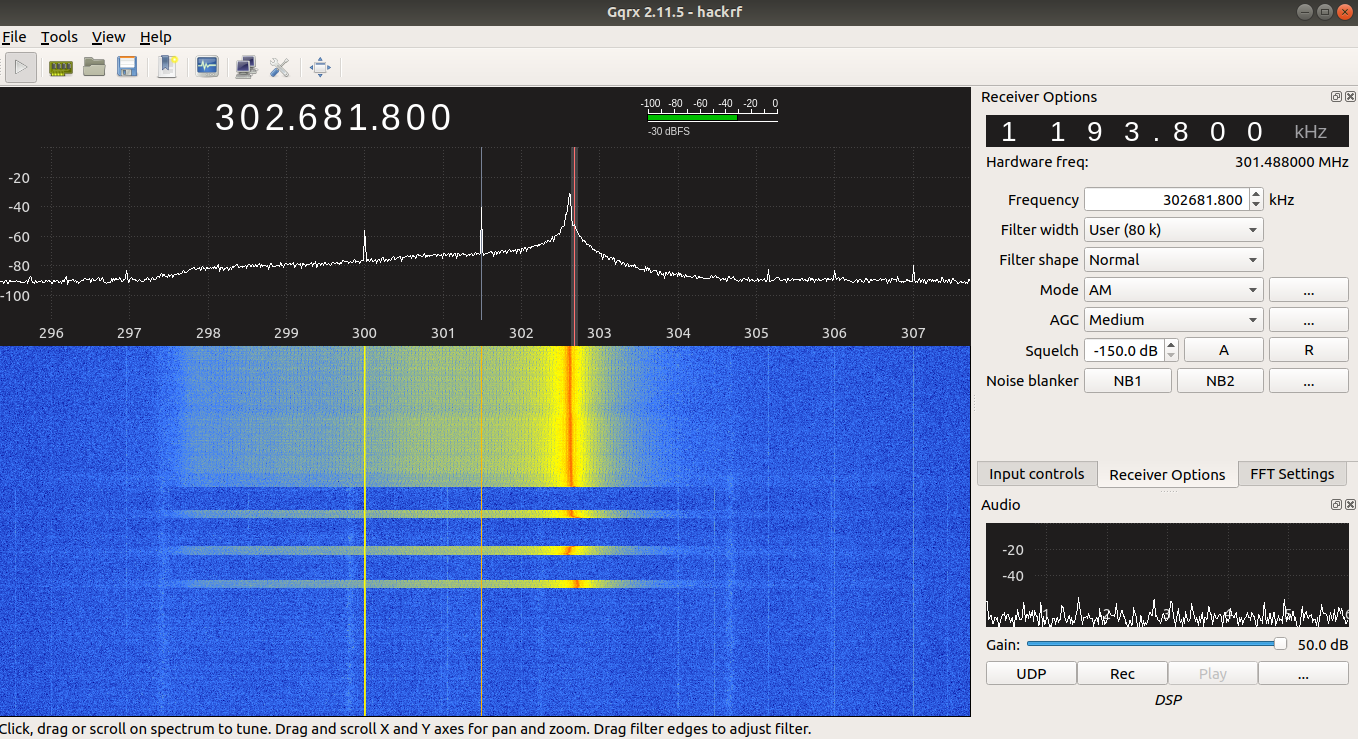 In our case, we used GQRX for this step. We observed the peak at 302MHz, which is a little unusual for any operating device.

Capturing the signal is a good practice to preserve the signal for analysis. One can easily run signal processing operation on a recorded signal, without the need for any RF target producing a live signal. In our case, we are using the below GRC flowgraph. We saved the signal in a .cfile. 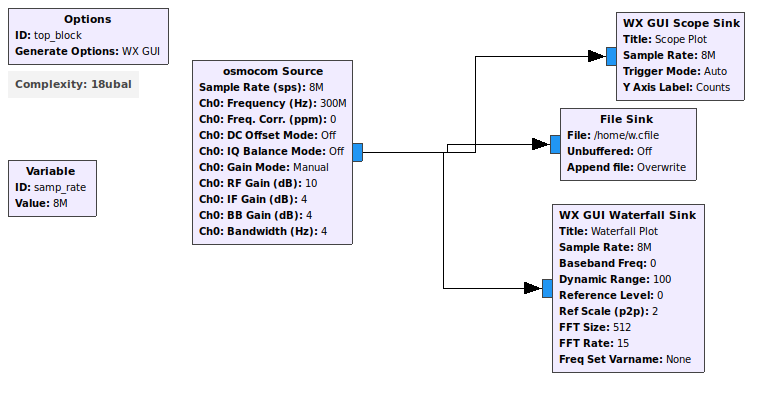 The best way to do it is just by simply looking at the signal. If you’re well versed in the modulation techniques you can easily understand the type of modulation being used i.e. compressions and decompressions in FSK. Below are some commonly used modulations:

Once we have figured out the modulation and operating frequency, we can start to process the signal using the GRC blocks and creating flow graphs. This usually includes things like demodulating the live/captured signal, amplifying the signal, porting it to Wireshark, and so on. We will discuss GRC in much more detail as we proceed covering things like usage of GRC blocks required to process a specific signal.

So once you get your hands on the bits/bitstream you can start decoding it. Commonly used encoding techniques are

To name a few. You’ll find them already present and ready to use in Universal Radio Hacker(URH).

Once you are done reversing your signal i.e. figuring out things like modulation, encoding, data bytes, and other specifics. You can launch your attacks now! A most common one is the replay attack wherein one sends back the captured signal.

Steps 3 & 5 are not applicable for our target (since it is analog) But we have an attack for our target, we’ll do a replay attack using GRC. Below is the respective GRC flowgraph. We replayed the captured signal .cfile.

We hope you got a clear understanding of what are the major SDR software tools available and why is one better than the other. Also, a sneak-peak into how to approach an RF target would have given you an idea of the steps involved in an RF target assessment using SDR.